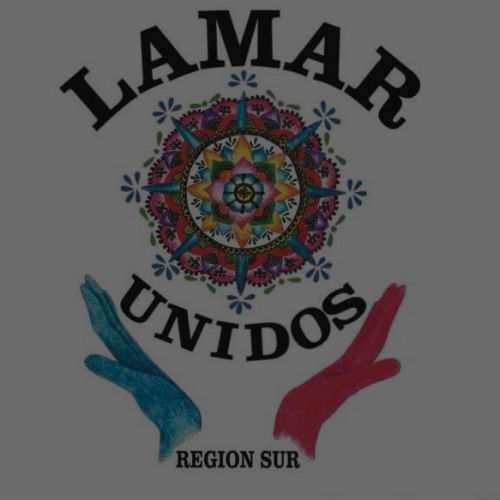 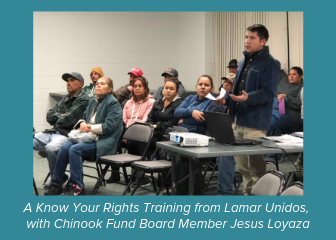 “Through grassroots organizations, people find space and support to face issues that otherwise would be difficult to face alone.”
– Nancy Delgado, Board Member of Lamar Unidos

Lamar Unidos, a new Chinook Fund grantee, started in 2015 as a group of seven immigrant women helping the undocumented community obtain driver’s licenses after the passage of Senate Bill 125. Located in the Southeast corner of Colorado, Prowers County is an agricultural hub, with over a million acres of farm lands. Between the fields of alfalfa, corn, and wheat are grassy open plains filled with wildlife. Of the 12,000 people who live there, 1 in 10 are immigrants or naturalized citizens, 4 in 10 are Latinx, and 1 in 5 live below the poverty line. The most populated town, Lamar, is two hours from Pueblo and four hours from Denver.

The distance from any major city makes getting a license significantly more difficult. Add legal paperwork, language barriers, and lack of access to computers, many immigrants in the community find it impossible to receive a license. With Lamar Unidos, individuals can gain the means to transportation, opening doors to employment, health care, and education.

Since its founding, Lamar Unidos has helped over 300 people receive their driver’s licenses. But they do so much more. They hold monthly meetings to learn what the community needs, like college preparedness classes. They host Know Your Rights trainings and prepare families who face an imminent threat of deportation. They are the bridge between the immigrant Latinx community and the rest of the county.

The organization used the money from the Chinook Fund grant to buy a reliable computer and scanner, ensuring more individuals can receive licenses. With better resources, more people can defend themselves during ICE raids, work with lawyers to finish their naturalization process, and fissures within Colorado can begin to heal.

To learn more about how to get involved in social change: https://chinookfund.org/givingproject/