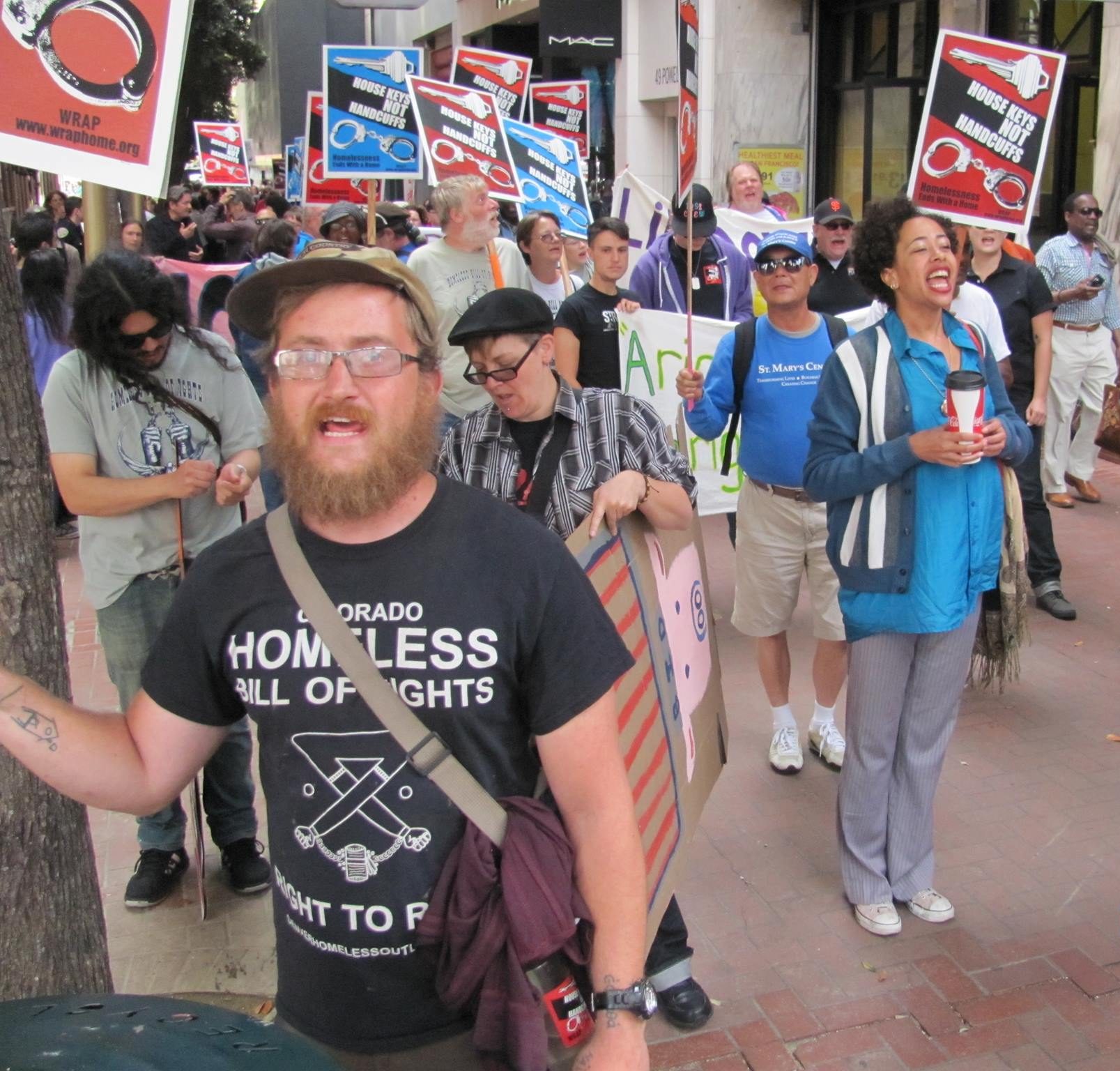 Denver Homeless Out Loud (DHOL) is an organization with a two-pronged focus on empowerment of the homeless community and dispelling of false narratives that many propagate about the homeless community. To accomplish the former, DHOL focuses on “trying to get people to the table.” Though DHOL “builds the bridge” to the table, the homeless community needs to be empowered to speak up on their concerns and make the issue even more discussed and visible. To address the latter, DHOL emphasizes that the way some narratives frame homeless people as drug and alcohol addicts with mental health problems, and sometimes refer to homeless people as “public health and safety hazards” creates dangerous, false stereotypes about the homeless community that can lead to increased criminalization and poor treatment of the community. Using these terms to garner public support for anti-homeless measures is damaging to homeless individuals, and that support is then used to justify the dehumanization of a group of individuals who do not deserve such poor treatment.

If people consider homelessness an eyesore, then movement needs to be made to give people shelter, not drive them into unsafe resting locations. When that happens, while homeless people aren’t being seen, there is increased risk of attack and crime against the homeless population, who are doing nothing except attempting to exist. Criminalizing homeless people limits their ability to go to the police about criminal activity perpetuated against them, and makes them fearful of the people who were supposed to “protect and serve” them: The police. An agreement needs to be reached between the public and the government for how to address the homelessness issue in Denver, and across the country, possibly through allowing tent villages on some parts of public parks, tiny home villages, and single room occupancy buildings, all of which would provide individuals with the basic human dignities and right to privacy that would drastically improve the mental and physical health of homeless people.

Living on the streets is mentally and physically draining; constantly being woken by the police and told to “move along,” being fearful of attack by individuals who want to take advantage of the homeless, and facing constant worry about where to sleep or find food all contribute to sleep deprivation in the homeless community, and limit their ability to think clearly. It is a blessing when individuals can leverage their balanced networked relationships to get off the streets and stabilize their lives using the support of their communities. Unfortunately, not everyone has that opportunity or that community. For those who don’t, it is the global community’s moral obligation to work towards achieving the solution for homelessness: Housing. Though that is a long-term project, there are steps that can be taken in the meantime.

Currently, data on the homeless population is incomplete and aggregated to generalize the experiences of the homeless population, which feeds into the perception many have of the homeless population as drug and alcohol abusers with mental health concerns. Those problems can be mutually exclusive, and the current data does not reflect that. More research needs to be done on the topic, and complete, disaggregated data must be produced to better dispel false narratives about the homeless community. Moreover, DHOL asserts that they have a lot of fans who just share their message, especially since their work on Initiative 300 raised a lot of awareness on the topic. What’s better than having a fan is having an ally, someone who will show up in solidarity, and do what needs to be done to support the DHOL mission, even if that work isn’t glamorous. People need to invest their time into truly understanding and supporting the community, not just donating some old, discardable items as an afterthought or doing a short volunteering stint. DHOL is showing up for the homeless community, but, for DHOL’s impact to spread beyond the homeless community, the rest of the community needs to show up too.

To learn more and support Denver Homeless Out Loud, visit their website at www.denverhomelessoutloud.org/
Chinook Fund supports grassroots organizations like DHOL by pooling our collective resources. Learn more about our grantees, the Giving Project, and how to donate.