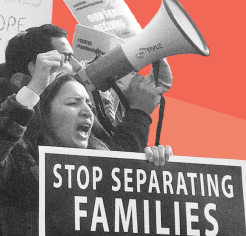 Chinook Fund has supported current grantee, Rights for all People (or RAP), for the past 10 years as this group has grown their crucial work for the Spanish-speaking Latino community in Aurora. This organization has worked tirelessly to advocate for their rights as immigrants and allies in pushing back against anti-immigrant legislation and advocating effectively for pro-immigrant legislation.

RAP announced last month that they are teaming up with Colorado Progressive Coalition (or CPC), a group that Chinook Fund provided seed funding to in 1996, to form a new powerhouse of an organization together – Colorado People’s Alliance. Both of these groups are the only affiliates in Colorado to National People’s Action, a powerful network of grassroots affiliates using direct action to affect racial and economic justice. As former and current grantees that Chinook Fund seeded, incubated, and developed, we are certain that this new partnership between RAP & CPC is destined for amazing, effective social change in our state.